More sketches of these two. They are similar but, I like the subtle differences between the two images. Hoping Snow Dreamer is looking more like himself. My next sketch will show a different angle of him. It’s nearly impossible to not be influenced by other people’s work. Many flying side kicks were thought of when drawing Snow Dreamer; Appa, Falcor, Haku, and the Canada Lynx from the Zoo. While I actually drew him I only looked at pictures of Lynx. 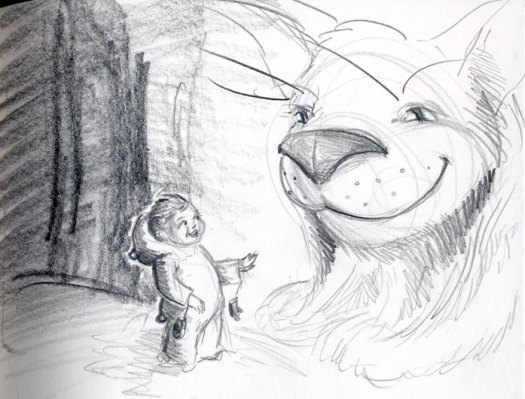